I was contacted by the author’s publicist a few months back with a request that I read and review this book, a memoir of alcoholism.  “Sure,” I said.  “Send me the book.”  The book arrived in the mail, and it sat on my night table, merged with the pile of other to-read books on my night table.  It took awhile for me to get to it, partly because that to-read pile never, ever shrinks, and partly because I sort of dreaded reading a memoir about alcoholism because alcoholism has profoundly impacted my own life – I knew this book would strike some painful nerves for me.

That Bydlowska, a Polish transplant to Canada as a teen, had a drinking problem was not news to her.  She had confronted her alcoholism in her twenties and achieved sobriety through Alcoholics Anonymous for a number of years.  Then at her best friend’s bachelorette party, the bartender asks her “Just soda?” when she orders her usual non-alcoholic drink, and suddenly, her defenses against alcohol evaporate in an instant.  So begins her relapse.  Shortly after, she discovers she is pregnant – the morning after a drunken binge – and manages to stay mostly sober for the duration of her pregnancy.  But when her son is born, Bydlowska quickly descends into full-blown alcoholism – and it isn’t pretty.

On these pages she recounts the horrors of experiencing blackouts on a regular basis – of coming to with mysterious bruises and injuries and no recollection of how they occurred, of giant blank spots in her memory, of hiding bottles of vodka in her baby’s diaper bag, of her “mental map” of liquor stores, of drinking until passing out while caring for her son, of researching how poisoned her breast milk was after indulging again and again – and of the lies she repeatedly told her 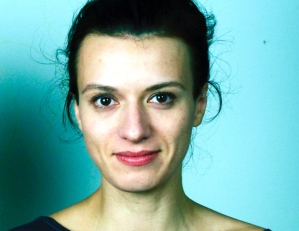 boyfriend, her friends, and most of all, herself.  It is a sad tale of an addict’s capacity for delusion and rationalization.

As she dissolves into full-blown alcoholism once again, she throws frequent barbs at AA.  She attempts a “harm reduction” group, which rejects the label of “alcoholic” and attempts to teach moderation in drinking.  She goes into inpatient rehab when her son is less than a year old.  She makes deals with herself about her drinking.  She makes promises.  Nothing, of course, works.  All the while, I’m reading, often with my fists clenched, thinking, “You stupid bitch.  You pathetic loser.”  Because, you see, I’ve had too many alcoholics in my life, and my sympathies tend to lean towards those around the addict, and less towards the addict who is wreaking hell on everyone around them.  And yet, I was secretly rooting for her.  I couldn’t help it.  When finally, “limping on my broken toe, I march all the way across town to an AA meeting,” I pumped my fist in the air, going, “Yes!” with tears in my eyes.

Obviously this book will stay with me.  Bydlowska is a gifted writer, and though the subject matter is not pleasant, she writes with clarity and utter honesty, with a thread of dark humor running through the whole thing.  Ultimately, this is a story of hope and possibility.  I hope it acquires a huge readership.

You can find out more about Jowita Bydlowska here.