This month’s reading selection for my book club was Fifty Shades of Grey by E.L. James.  Rest assured that we don’t always choose such cheap literary work; over the years, we’ve read everything from classics to memoirs to non-fiction, to contemporary fiction – the majority of it pretty good quality stuff.  Erotica is a genre we had not yet delved into, however, and given the current popularity of the Fifty Shades phenomenon, it was inevitable that our book club would follow suit with I’m guessing hordes of other book clubs in choosing this book (in fact, it was my idea – before I read the book – for my book club to choose this one because it was an as yet not covered category of reading material for us – and hey, I thought it would be fun!).

Last night we gathered at my house for our “discussion” (I use the term somewhat loosely since most of our discussions wander way off course and tend to be rather disorderly – but that’s half the fun).  It was, I think, the biggest turnout we’ve ever had for a discussion in nearly nine years of gathering – there were almost 20 of us. 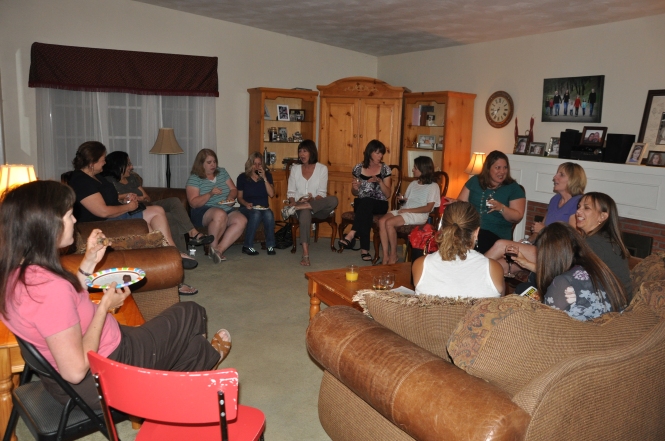 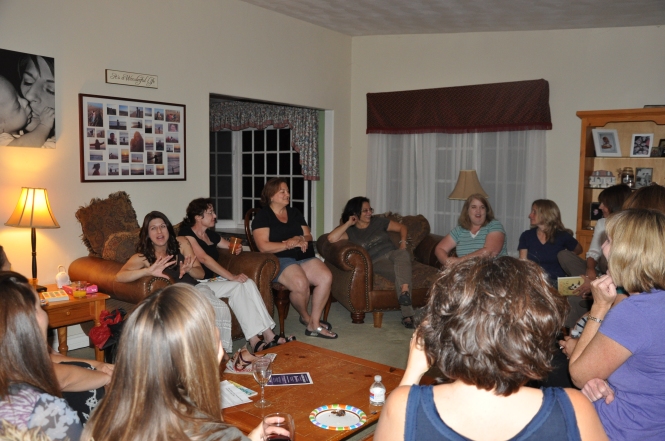 Which just goes to show you: sex sells!  Everyone wanted in on the discussion – even my husband, who provided a male point of view (and comic relief).

To set the mood, I created a playlist of music especially to enhance the subject matter:

Let’s Talk About Sex by Salt-n-Peppa

I Want Your Sex by George Michael

I’m a Slave 4 U by Britney Spears

I Touch Myself by the Divinyls

Do Ya Think I’m Sexy by Rod Stewart

Love to Love You Baby by Donna Summer

Cockiness (Love It) by Rihanna

Let’s Get It On by Marvin Gaye

Oh My God by Pink 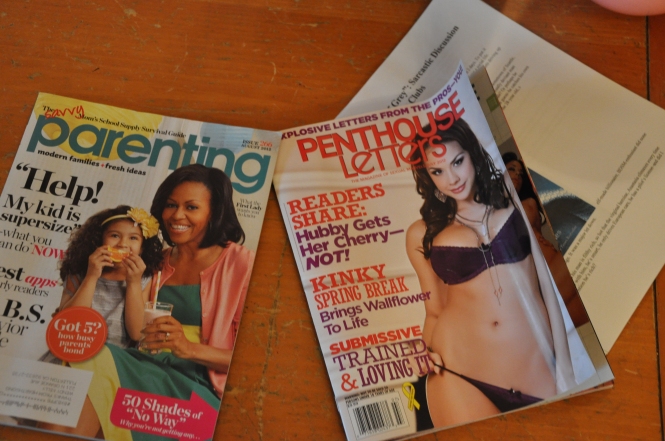 So what did we talk about?  I think everyone there agreed that Fifty Shades of Grey is very poorly written.  Some of us absolutely hated the book – I expressed my disdain for it here – and many, despite agreeing that it’s poorly written, still found it to be enjoyable.  The overall redeeming quality, it seems, is that the mere popularity of the book has supposedly opened the door for women to feel more comfortable talking about sex.

Apparently, even in this progressive, enlightened age, women still, by and large, feel shy about talking about sex – at least with those who really matter: their sexual partners.  I can’t deny this.  Speaking for myself, I have no problem having very graphic sexual conversations with my close girlfriends, but talking about it in explicit terms with my husband – specifically, addressing in clear terms what I like and what I want – is very, very difficult.  This seems to be common, judging from last night’s discussion.

Why is this?  It seems that though we women have come so very far with regard to demanding and expecting to be treated as valuable, equal human beings alongside our male counterparts in most aspects of life, in the bedroom, we still seem to be programmed to feel that it is our role to please, and not necessarily to be pleased.  In other words, we still accept a somewhat inferior position.  The bedroom is a man’s domain, and on some deep level, women still feel like it’s their lot to just go along with it.  Much of this comes from upbringing, and I’m sure much of it comes also from our culture’s obsession with projecting unrealistic feminine stereotypes (think models and perfect-looking celebrities) that most of us average chicks know we can never measure up to, as well as all those products that manage to make us women feel like we are disgusting, smelly creatures.  No wonder so many of us feel insecure and shy about asking for what we want in bed!

So, despite a lot of school-girl-like giggling last night, it was an enlightening discussion.  Although I don’t think I agree with the notion that Fifty Shades is managing to break down barriers.  At least not for me. 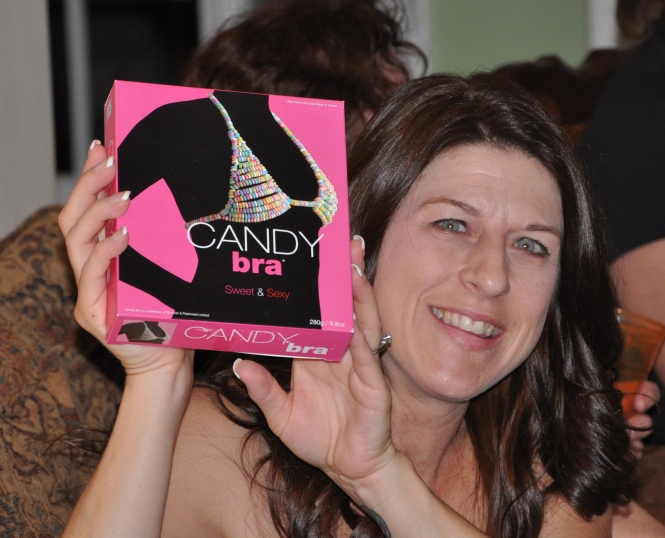 My friend Wendy presented me with this gift for allowing her to host the festivities at my house. I wonder if this comes in a nursing style . . .

One thought on “Let’s Talk About Sex”