The Light Between Oceans: A Novel

What can grief drive a person to do?  How far can love and loyalty carry us?  Is the line between right and wrong always distinct?  Does an innocent child’s right to happiness trump a parent’s right to reclaim what was lost?

These are just some of the questions raised in this beautiful debut novel.  Set in Australia in the 1920s, Tom Sherbourne lives an isolated life as Lightkeeper of the Janus Rock Lighthouse.  Driven to this remote job in an effort to obliterate the ghosts of WWI that haunt him, he carries out his job with the utmost care and efficiency.  When he falls in love with Isabel Graysmark while on the mainland, he brings his beautiful, young bride to his beloved island where they live an idyllic but isolated life together – going for months at a stretch without other human contact.  Their happiness is eroded, however, with first two miscarriages and then a stillbirth.

One day, only a couple weeks after their son is stillborn, a small boat washes up on the island.  Inside are a dead man and an infant – hardly more than a newborn, and very much alive.  It’s as if God himself has sent this baby to replace the babies lost , and Isabel is convinced that she is being called to claim and care for this child.  Tom, on the other hand, charged as Lightkeeper with keeping detailed, accurate records of all happenings on the island, is wary.  The boat’s appearance and its contents must be reported.  His beloved wife, however, convinces him that the baby is meant to be with them, and he cannot bring himself to take from her, in her grief over their own lost babies, this apparent gift.

Not surprisingly, however, the choice they make has far-reaching implications, powerful enough to tear lives apart.

Ultimately, this is a story about grief, love, loyalty, and the human heart’s capacity for love and forgiveness.  Provocative and compelling, life doesn’t always serve up happy endings.

I was drawn in from the first page, and felt as if my heart were being ripped out during 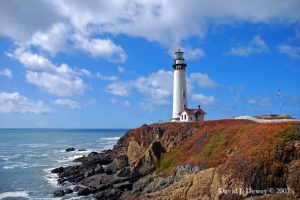 several parts.  Gorgeously written, the people and settings spring to life from the pages.  This is one of those stories that will stay with me for a long time, I think.

I received an advance copy; it will be available in bookstores next month.  I won’t be surprised to see this gain a vast readership, and I look forward to more work by this author.

5 thoughts on “The Light Between Oceans by M.L. Stedman”